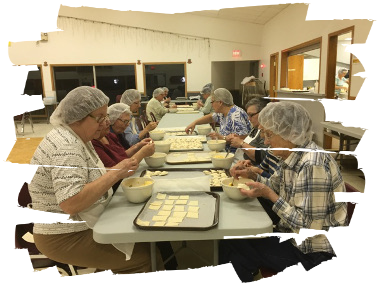 The Perogy Pinchers are masters when it comes to Perogies! They meet as often as they can and have been in the community for many many years! Their perogies are legendary and continually raise funds for events by selling their masterpiece perogies by the dozens!

The Perogy Pinchers is a spin off the Theodore Catering Club which organized in 1992. The perogy pinchers started pinching in 2008 and to date (Nov. 7, 2016) have raised $71,800. Their main goal was to look after the upkeep of the hall alone, however, they have also have helped the Village with expenses for the arena portion as well. They have also made a large donation towards the Handivan bus for the Theodore Health Centre. They are very proud of their accomplishments and will continue as long as they can. They would like to say 'thank you' to Norman and Jeannine Thompson for allowing them to plant potatoes on their farm and to thank Richardson Pioneer for their donation of canola oil for making the perogies and supplying oil for the downstairs canteen. If you would ever want to join the ladies for an afternoon or evening of perogy making look for their regular posting in the Free Press and of course right here on the website. Perogy orders can be placed by calling Betty @ 647-2177 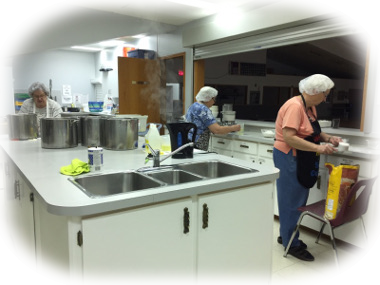